One day was all her family asked for, one day of respect. Respect for a woman who was quite possibly the greatest Prime Minister that twentieth century Britain saw. But barely moments after news of her death reached the farthest corners of the planet was the world ablaze with abusive messages about her, her critics seemed unable to comprehend that a human being had just died. 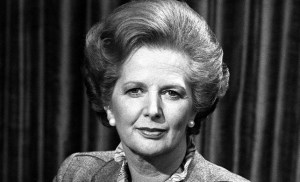 Margaret Thatcher transformed Britain from the tumbledown wreck of a Great nation, the sick man of Europe, back to a dignified and respected power. In order to make a great improvement, great changes needed to be implemented. Her social revolution inspired a generation to buy their own homes and bring them onto the property market, with the help of a reduced income tax. Council houses were sold off to families to help rebuild the nation as a united front. Property ownership allowed the public to buy into the country; they were investing their money back into the economy. Taxes were lowered; trade unions reformed and government expenditure decreased to help create a new market for the people, succeeding in bringing inflation rates down.

She is often seen as the woman who threw thousands of people out of work and catapulted them into unemployment because of her severe reshuffling of industry; but the manufacturing industry was no longer a profitable division. The public adapted to these changes because they saw the necessity in the alterations. By the end of her third term as Prime Minister the quantity of people employed in the public sector was higher than it is now, with 23.1% compared to around 20% today. The reshuffling of the economy was necessary to see Britain rejuvenate, it needed modernising. Outsourcing manufacture and privatising companies was necessary for regeneration. By privatising the industrial sector shares were bought by the people of Britain and, like with the housing, they were able to buy a part of Britain. Moreover, the shares that were sold to foreign investors enabled Britain to become truly globalised. The sale of companies like BT, British Gas and railway enabled a better quality of services due to the competition that it created. Britain immersed herself with other countries and this helped to move away from the looming shadow of colonialism that still haunted British shores.

If something is worth doing, it is worth doing properly. Thatcher’s ambition and determination to run the country like her father’s grocery store was incomparable to anything any Prime Minister had done before. Britain hadn’t seen the likes of a character as strong as her. 62% of people agree that she played an important part in the changing role of women according to a guardian poll. Regardless of her belief in feminism or not, Thatcher was a woman in power. A woman, who was able to inspire a generation as they climbed through the ranks, entered the patriarchal society and all in the hope of making life easier for Britons. She brought purpose and leadership back into politics.

It seems sad that people are only capable of remembering the bad and forgetting the good. A woman who in the words of David Cameron, didn’t just lead our country, saved it. She made huge, fundamental differences, challenging ones that did not offer a safe ride, to our country; changes which have not been reversed. People need to separate themselves from their personal animosity they have for her to appreciate her as an individual. Unfortunately, I feel that this will not be possible for many because the damage is still too fresh. In a generations time people will look back and appreciate the extent to which Thatcher really did help to put Britain back on the map.